You are here: Home1 / Points of Interest2 / Birthplace of Flag Day

The first Flag Day was observed here in the one-room Stony Hill School is Waubeka, WI on June 14, 1885. The day was established to commemorate the adoption of the American flag by the United States on June 14, 1777. That day, the Continental Congress “resolved that the flag of the thirteen United States be Thirteen stripes alternate red and white: that the union be thirteen stars, white in a blue field, representing a new constellation.”

In 1885, 19-year-old Bernard J. Cigrand was teaching at Stony Hill School. On June 14, he placed a 10-inch flag with 38 stars in a bottle on his desk and held the first formal observance of Flag Day with his students by assigning essays on what the flag meant to them.

Cigrand moved to Chicago the following year, where he began writing for various publications to promote reverence for American emblems and the need to observe Flag Day. Over the years, he authored hundreds of articles on the subject, beginning with “The Fourteenth of June” published in 1886 in Chicago’s Argus newspaper. As a contributing editor of the Encyclopedia Americana, he included his piece, “The Recognition and Meaning of Flag Day.” A pamphlet he wrote called “Laws and Customs Regulating the use of the Flag of the United States” received wide distribution. He also wrote books, including Story of the American Flag, Story of the Great Seal of the United States, History of American Emblems, and The History of American Heraldry.

Cigrand eventually became the president of the American Flag Day Association, now the National Flag Day Foundation, and toured the country to promote patriotism. In that capacity, he once noted that he had given 2,188 speeches crusading for his cause during his 31-year campaign for recognition.

Places Near the Birthplace of Flag Day 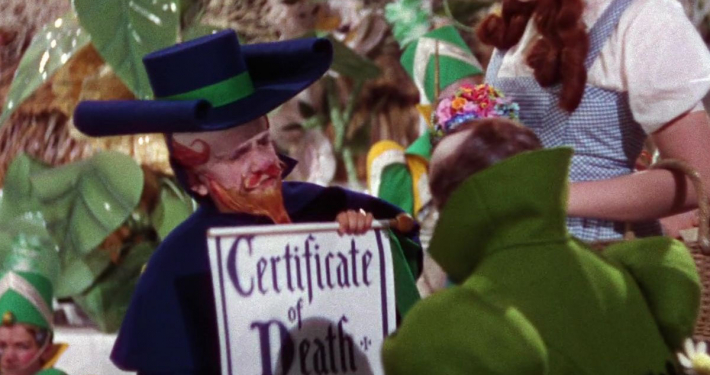 The grave of Wisconsin native Meinhardt Raabe, who portrayed the Munchkin coroner in the classic 1939 film The Wizard of Oz.

You are here: Home1 / Points of Interest2 / Birthplace of Flag Day