Charles Guiteau was considered entirely insane (possessed by the devil, according to his own father) by the time he drew a revolver on President James A. Garfield and put two bullets in the man’s back on July 2, 1881. Guiteau believed God told him to do it and, thereby stripped of his free will by the divine powers that be, could not be responsible for his actions.

Edward Charles Spitzka, an expert witness who testified at Guiteau’s trial, later wrote “Guiteau is not only now insane, but that he was never anything else.”

But long before Guiteau penned this dark chapter of history, he was a resident of Wisconsin’s long vanished ghost town on the shore of Lake Michigan.

Ulao was founded in 1847 by an Elgin, Illinois investor named James T. Gifford. His plan was to sell wood to the Great Lakes steamers passing by.

The website for Ghost Town Tavern and Restaurant explains:

Along the beach, Gifford built a 1000 foot wooden pier that extended into the lake from the beach. He then constructed a wooden chute that began at the top of the steep bluff and ended on the beach near the pier. Gifford bought wood from the farmers, cut it to the proper length, and slid it down the chute to the beach. The wood was then sold to steamer crews that were able to dock at the pier. A steamer of this day needed 600 cords; the product of ten heavily wooded acres, to return to Buffalo and the East.

Gifford hired Luther Guiteau from Freeport, Illinois to survey the land. Guiteau brought his wife and six children, including 9-year-old Charles, to Ulao in 1850. They moved into a newly built cream city brick home, where they lived for the next five years. Tragedy struck in 1855, however, when Guiteau’s wife died. He abandoned Ulao, taking his kids back to Freeport.

Others began leaving Ulao as well, as coal replaced wood as the primary fuel for shipping on the Great Lakes. The town couldn’t compete with Port Washington’s three coal docks, and as money and work disappeared, so did the residents. Ulao soon faded into history.

But Charles Guiteau would not be so easily forgotten. 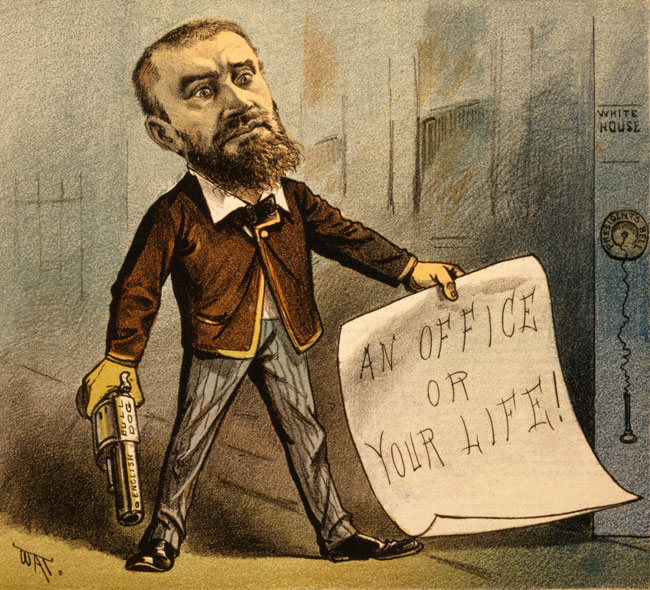 “Charles Guiteau, born September 8, 1841, in Freeport, Illinois, was, by all accounts, not a stable person,” writes The Atlantic. “Guiteau bounced around from being a failed lawyer, a charlatan preacher, and a sticky-fingered bill collector. He dodged rent his whole life and subsided mainly from the sympathy of his sister. He abused his wife, and when he wanted to divorce her, he slept with a prostitute to speed up the proceedings.”

If it wasn’t for the infection from the gunshot wounds that took Garfield’s life 11 weeks after the shooting, even Guiteau’s assassination attempt would have been a failure.

In court, however, he tried to pass blame, saying “The doctors killed Garfield; I just shot him.”

According to Wikipedia, “Guiteau became something of a media sensation during his entire trial for his bizarre behavior, which included his frequently cursing and insulting the judge, most of the witnesses, the prosecution, and even his defense team, as well as formatting his testimony in epic poems which he recited at length, and soliciting legal advice from random spectators in the audience via passed notes. He dictated an autobiography to the New York Herald, ending it with a personal ad for “a nice Christian lady under 30 years of age”. He was oblivious to the American public’s hatred of him, even after he was almost assassinated twice himself. He frequently smiled and waved at spectators and reporters in and out of the courtroom, seemingly happy to be the center of attention for once in his life.”

Guiteau expected to be released, and began planning his run for the 1884 presidential campaign. That wouldn’t happen, of course, because he was found guilty and hanged on June 30, 1882.

His brain was dissected and examined by doctors hoping to discover an anatomical reason for his madness. Pieces now reside in a jar at the Mütter Museum in Philadelphia.

Guiteau’s childhood home in present day Grafton still stands. It is one of five original structures remaining from the long forgotten ghost town of Ulao. 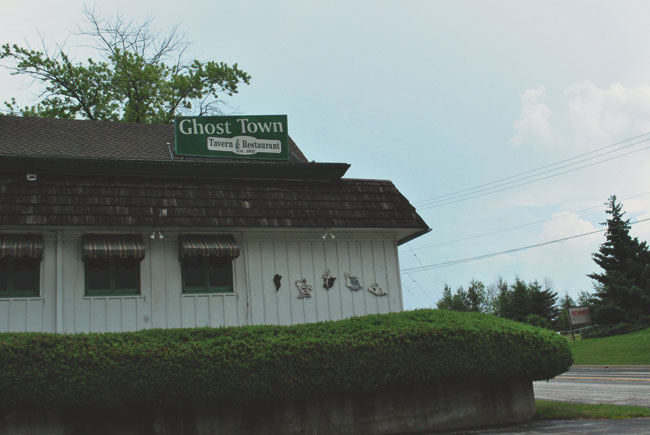