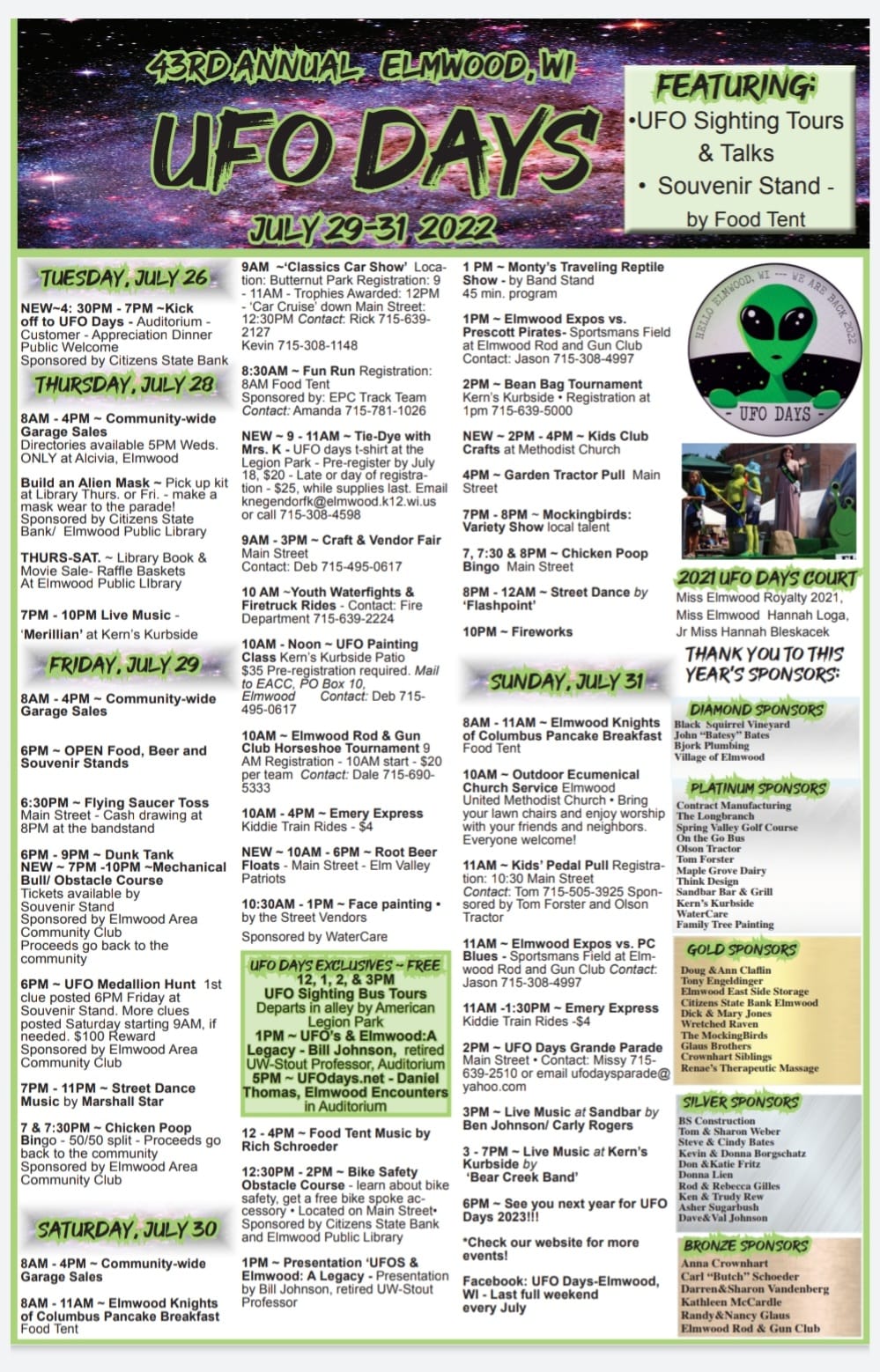 “My God, it’s one of those UFOs again,” Elmwood police officer George Wheeler’s voice crackled over the radio right before dispatch lost contact with him. When he was found, George was sitting dazed in his cruiser on Tuttle Hill overlooking the quarry. His radio was dead, the car wouldn’t start. The UFO, George explained as he came to, had “zapped” him with a bright blue light and he didn’t remember anything after that until a local farmer found him.

George’s encounter is one of many experienced by area residents in the 1970s.

To commemorate these bizarre sightings, Elmwood UFO Days has been held every year since 1978 with food, music, an alien-themed parade, and plenty of family fun. Festivities include bus tours to the locations of the Elmwood UFO sightings, alien crafts, flying saucer toss, and more. And be on the lookout for Ofu, Elmwood’s friendly resident alien. 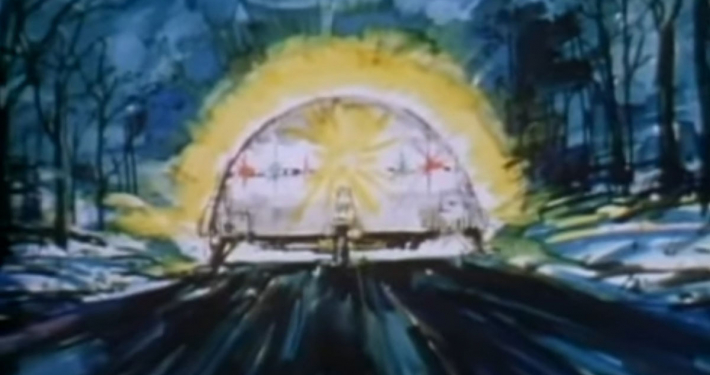 The strange case of the UFO landing in Mellen, WI is featured in an early episode of the series In Search of… hosted by Leonard Nimoy. Watch the full episode.