Lake Geneva is not only the birthplace of D&D, it also served as the headquarters of TSR, the company that Gygax formed to publish the game. TSR operated out of Gygax’s basement at 330 Center St until they opened The Dungeon Hobby Shop.

The first Gen Con was held by Gygax in 1968 at the nearby Horticultural Hall.

Gygax died in 2008 and is buried in Oak Hill Cemetery.

A memorial brick around the Riviera Ballroom fountain on the shore of the lake is dedicated to Gygax, engraved with a dragon atop a d20 polyhedral die.

Places Near the Gary Gygax Memorial 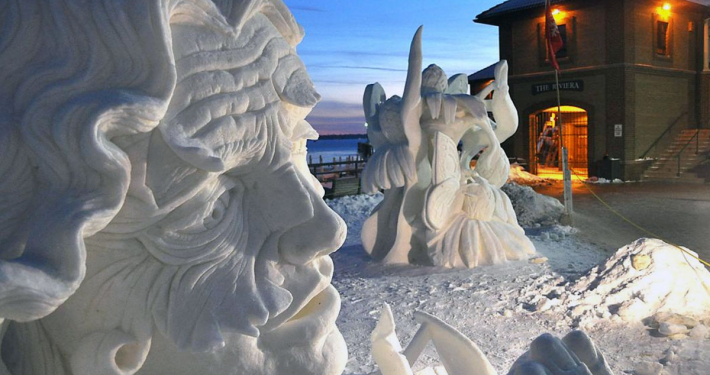 Experience winter magic and wonder at the Lake Geneva Winterfest with ice sculptures, snow sculpting championships, bonfires on the beach and more.