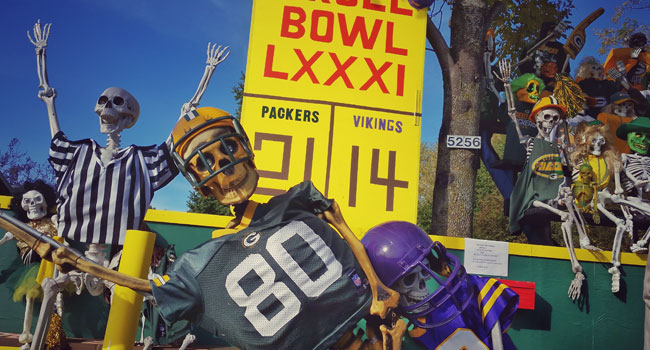 If you have ever driven down Holy Hill Road near Hubertus during the month of October, you’ve likely experienced it for yourself: Cars lining the road and crowds of people crossing to get a get a better look at a yard full of skeletons arranged in some elaborate display.

The first year I was there, there was a speed boat on the grass pulling skeletal water skiers in bikinis. The next year was skeletons working out on a variety of exercise equipment. After that was Dancing with the Stars skeleton edition, followed by last year’s bony Wizard of Oz.

The macabre mind behind the annual Halloween display is Jimmy Zamzow, whom I had the pleasure of meeting over the weekend. He just happened to be putting the finishing touches on this year’s masterpiece Saturday when we stopped to see what hilarious scene he had dreamed up this time. 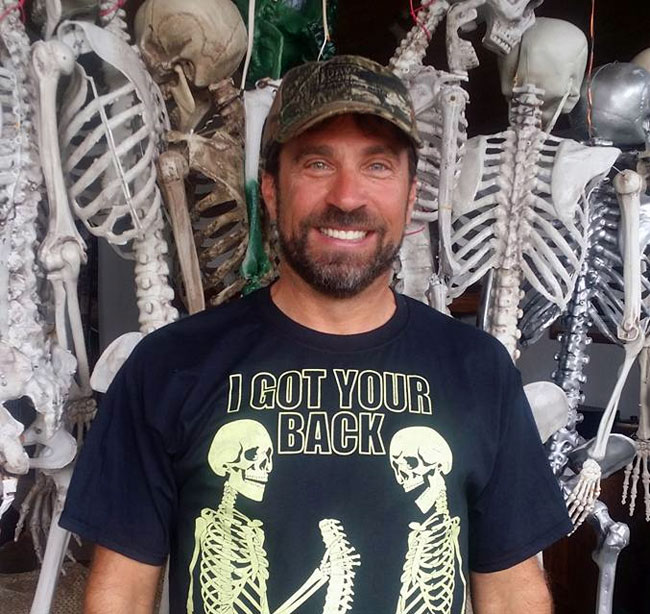 The new display, even bigger than the last, is called Die Hard Football Fans – a deadly match between the Green Bay Packers and the Minnesota Vikings. Jimmy still had a sign to finish and some anorexic cheerleaders to put in place but, as he put it, the living kept stopping to take pictures. 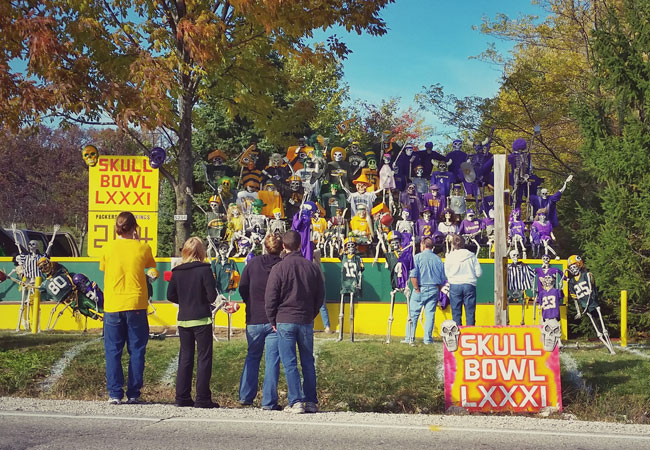 Zamzow, undoubtedly the reigning skeleton king of Wisconsin, has been putting bones in compromising positions for years. You shouldn’t expect anything less from a man who once shaved precisely half his body, beard included, to go as a hermaphrodite for a Halloween party. His first large display was the Bone Deans in 2009 – a stage with five full-size skeletons playing real instruments.

This year, there’s a whole cheering grandstand of the rowdy dead.

The build usually begins about a month in advance, Jimmy told me. He decides on a concept, digs the skeletons out of his closet, and starts buying up whatever props he might need – lawnmowers, treadmills, drum kits. This year, he took a trip to Minnesota to get all the Vikings gear.

Each year gets bigger and more detailed. Last year’s Oz scene featured a yellow brick road and a cornfield with stairs where visitors could stand to take photos beside Dorothy and her undead friends. This year, the game includes a bench where fans can sit to get in on the action. 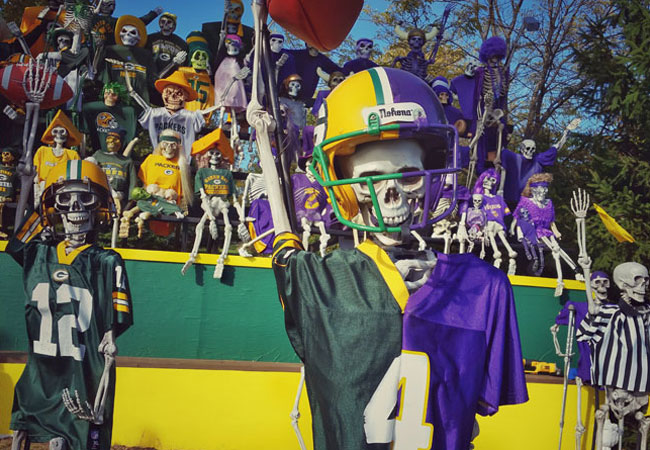 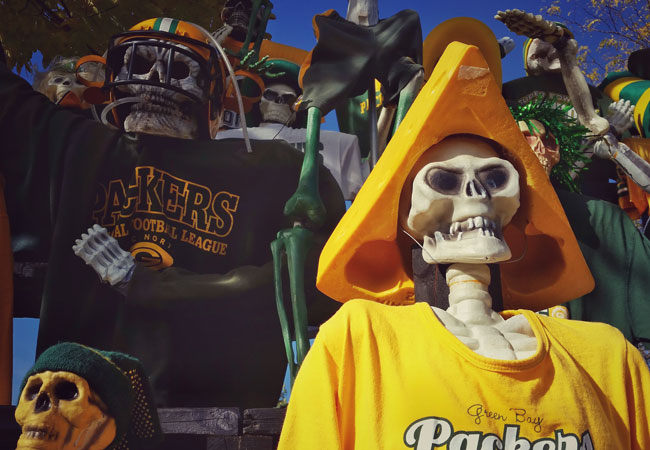 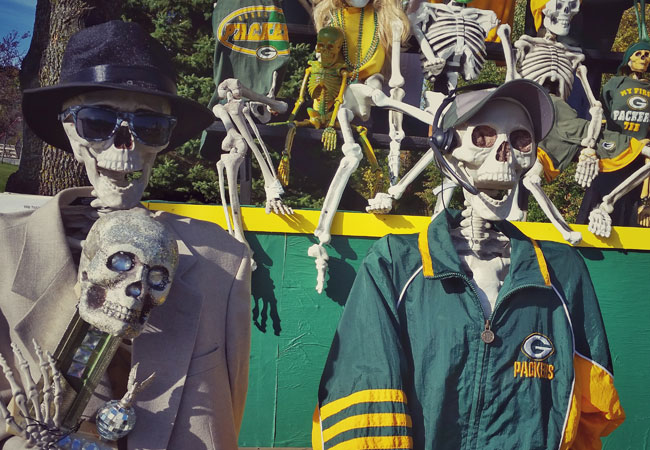 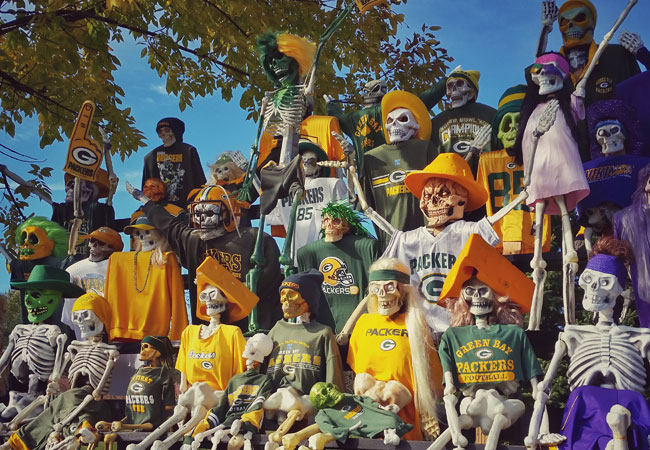 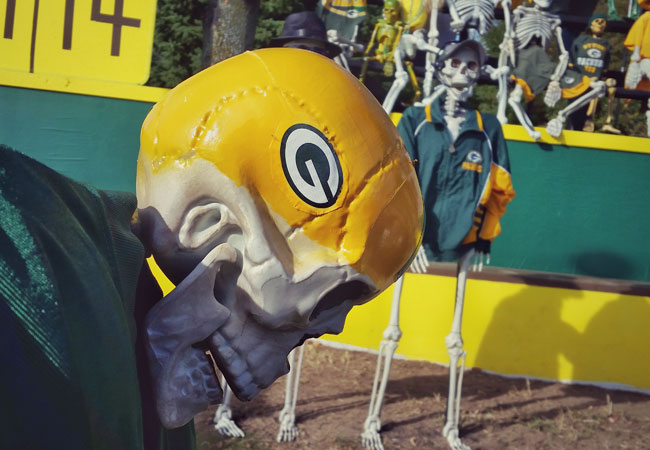 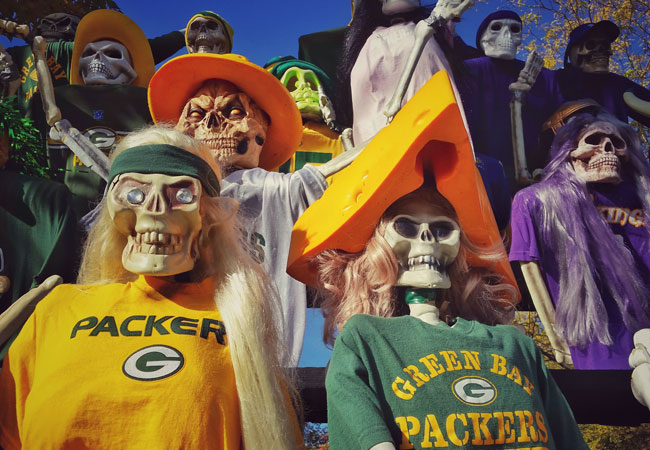 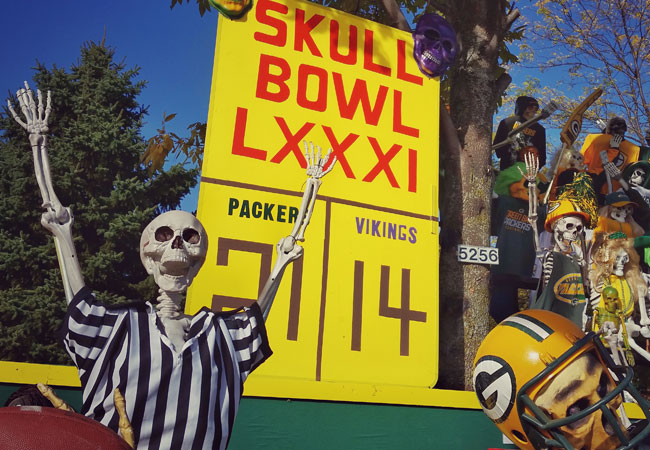 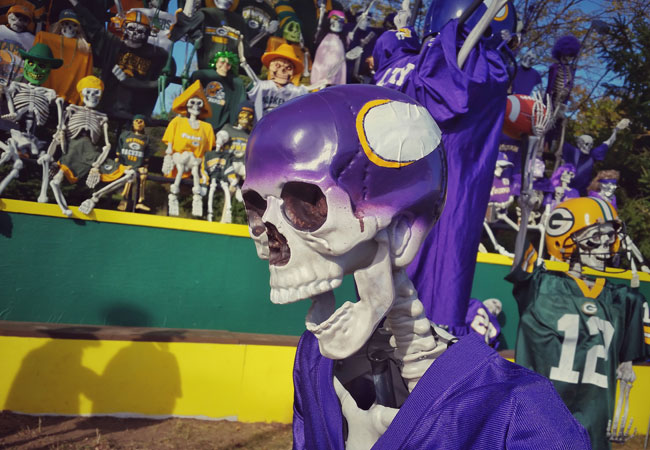 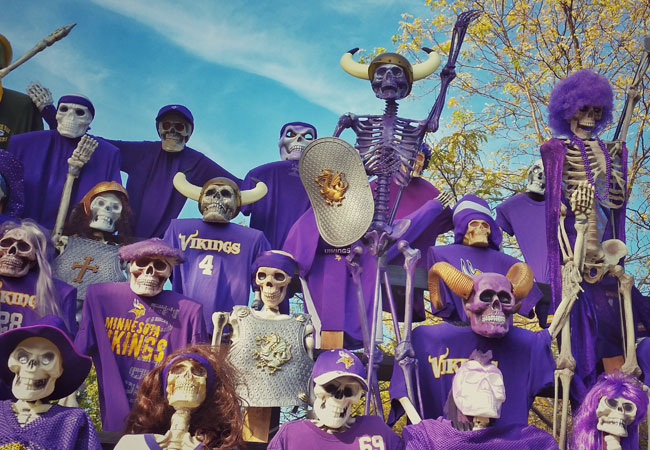 If you’re going to visit the display, Jimmy asks that you be careful on the road. It is a busy highway, and he’s seen a few accidents. Also, the sheriff was putting up no parking signs as we left, so you will have to park in the parking lot across the road.

Be sure to visit the Treeghost Country Store while you’re there! 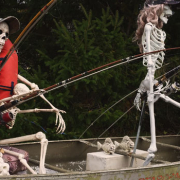 Enjoying the Great Outdoors with the Holy Hill Skeletons 2018 Display 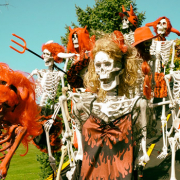 Crossing Over With the Annual Holy Hill Skeletons Halloween Display 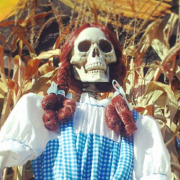 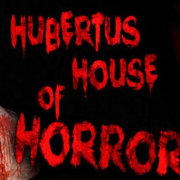 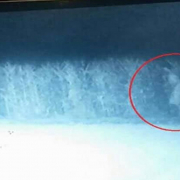