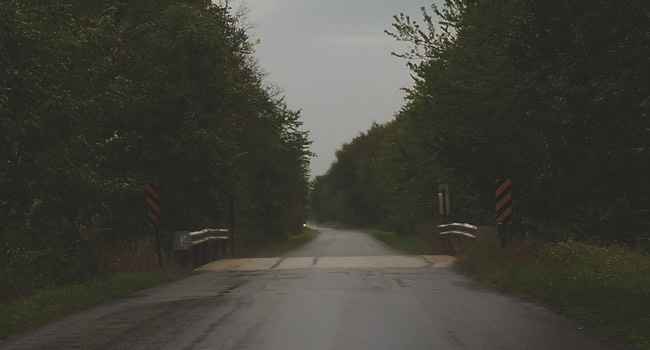 Spectral cats and a jogger whose remains were lost in the swamp roam the bleak stretch of Jay Road in Washington County.

“One would be hard-pressed to find a more haunted looking place,” Wisconsin author and paranormal researcher J. Nathan Couch writes in his book Washington County Paranormal. “Even during summer at midday, this area seems a likely haunt for earthbound spirits.”

Jay Road may be one of the most haunted roads in Wisconsin. It is a bleak rural drive that stretches from the small town of Boltonville in Washington County to the shore of Lake Michigan. Thickly lined with trees and stagnant swamp, it’s no wonder this desolate road is home to two chilling Wisconsin legends.

The first story is about a woman who lived alone on Jay Road with her cats. According to legend, teenagers from town used to harass the woman, eventually escalating to the point of setting fire to her home.

The house burned to the ground, and her beloved cats were lost in the blaze.

Unwitting travelers have reported seeing the apparitions of burning cats running along the side of the road.

Boltonville residents don’t seem to recall a house ever actually burning down, Couch notes. During his research, however, he uncovered a former resident of Jay Road who had discovered the burned out foundation of an old house on the property they rented. Along with other apparitions, they would often encounter cats in their home that weren’t really there. 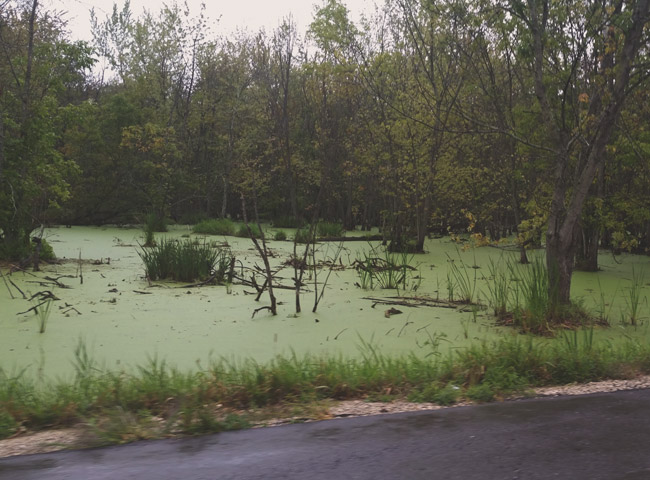 Swamp along the edge of Jay Road

The second, and more well-known legend of Jay Road, is a tragic accident that, true or not, has been haunting the area for decades.

According to the story, a woman was out jogging along the road when she was struck by a drunk driver. The force sent her careening into the swamp, where her body sank into the muck…and was never recovered.

On certain nights, with the fog from the swamp rolling over the road, people have reported seeing the woman still jogging down the road. When their headlights hit her, she casts a glance back at the car, and then vanishes.

Looking back in their rearview mirror for a trace of the jogger, the legend says, she has startled many drivers by appearing in the backseat.

Have you had an unusual experience on Jay Road? Share your story in the comments below!