The Lottie Cooper, a three-masted Great Lakes lumber schooner, was sailing into Sheboygan with a load of elm boards on the night of April 8, 1894 when a roaring gale forced the 6-man crew to drop anchor in the harbor and wait for help. Unable to signal a tug to tow them in, they waited out the night in the storm and by morning the ship was flooding with water.

The Lottie Cooper capsized and sank before help could arrive. The crew clung to the ship’s rigging and were all rescued except for one man, Edward Olson, who drowned while attempting to float to shore on a makeshift raft of planks. Olson’s body was pulled from Lake Michigan two months later.

The wreck of the Lottie Cooper washed ashore, then back out into the harbor where it was discovered in 1992 near the boat launch during construction of the Harbor Centre Marina.

Today, the 89-foot-long section of the wreck is on display in Deland Park by the marina. It is the longest section of a Great Lakes schooner on display.

Places Near the Lottie Cooper Shipwreck 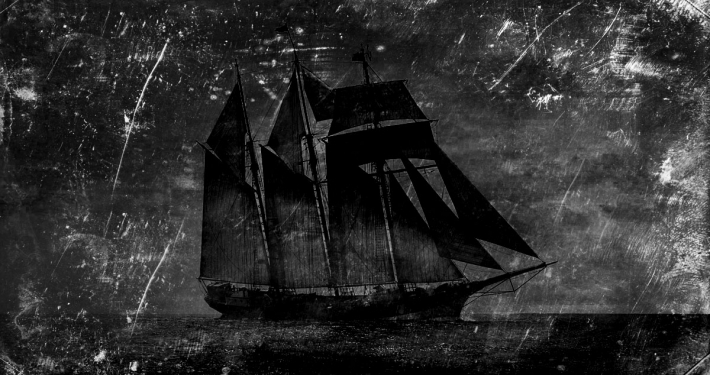 The legendary Christmas Tree Ship sank into Lake Michigan over 100 years ago, but that doesn’t stop her ghostly crew from trying to finish their final voyage.