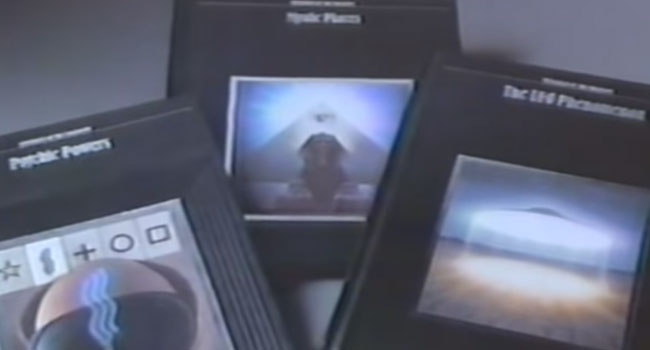 Mysteries of the Unknown books

“How would you explain it?” a 1989 commercial for Time-Life’s coveted Mysteries of the Unknown book series begins. “A woman in Wisconsin is doing the dishes when suddenly she’s possessed by a terrifying feeling. She’s positive that her young daughter has just been in an accident. She quickly makes a desperate phone call, only to learn that her feeling was true.”

I remember seeing these commercials when I was a kid and wanting the books so bad. I don’t think another definitive collection of paranormal phenomena was been published before or after Time-Life’s landmark series. When it debuted, the cover art alone was enough for a weird kid like me to realize my life would not be complete without every single book on my shelf.

The 33-volume mail order book series, published between 1987 and 1991, provided an “an objective and comprehensive look at what may lie beyond our ordinary reality,” covering everything from psychic visions, near death experiences, and reincarnation, to hauntings, UFOs, cryptids, alchemy, and witchcraft. No paranormal, occult, or Fortean topic was excluded.

Sadly, I never got any of them, but now I’m curious what other paranormal stories from Wisconsin might have been included in the series.

Thanks to Dinosaur Dracula! for unearthing this forgotten gem.