The historic Octagon House in Fond du Lac is full of ghosts and secrets. Whether for bootlegging during Prohibition or as a stop on the Underground Railroad, the purpose of its many secret passages and hidden rooms remain a mystery. But one thing is certain: When you’re there, you’re never alone in the house. Octagon House is haunted by the family that lived there more than 150 years ago.

Read below for the story.

Places Near the Octagon House

Secrets of the Octagon House 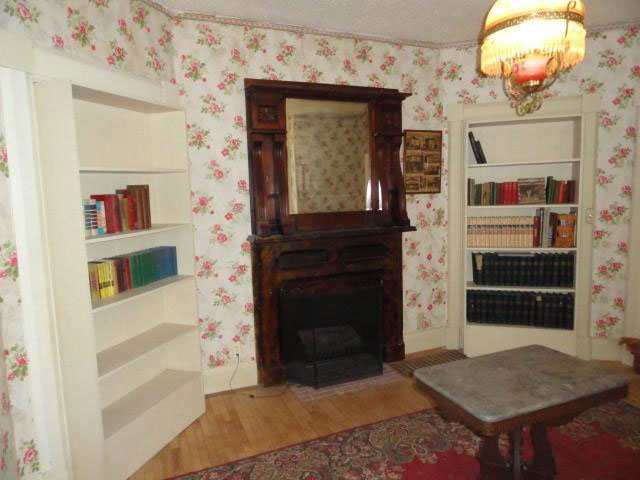 A passage through the fireplace leads to the basement

The Octagon House, considered to be one of the most haunted places in Fond du Lac, is located in the historic district at 276 Linden Street. It was built in 1856 by Isaac Brown, the first mayor of Fond du Lac, on the site of an established settlement and trading post.

At the time, it stood alone on the edge of marshland with nothing but wild territory beyond.

The octagonal home includes four rooms on the first floor and seven rooms on the second, built around a central staircase.

But the house is also filled with secrets.

Nine of them, to be exact, such as the false fireplace in the parlor that conceals a small wooden stairway. According to the Wisconsin Historical Society property record, it leads to a “basement tunnel and then to the river.”

A small storage room is concealed beneath the porch.

A crawl space hides behind panels of fake drawers in an upstairs bedroom that leads into a secret room. There, a message scratched into the wall dated 1888 seems to give directions to the next safe house along the path of the Underground Railroad.

Some believe Brown built these features to aid in the escape of runaway slaves on their journey north to freedom in Ontario. Others contend that the Underground Railroad didn’t extend as far north as Fond du Lac, that slaves came to Wisconsin through places like the Milton House about 90 miles south, and then quickly departed from Racine, Kenosha, or Milwaukee.

Another rumor is that Brown built the house as a fort in which he could hide in the event of an attack by the Native Americans dwelling in the untamed lands on the other side of the river.

During the Prohibition era, when the US government banned the production and sale of alcohol across the country, bootlegging was widespread in Fond du Lac. The city’s reputation earned it the nickname “Little Chicago” in reference to its enterprising neighbor to the south where gangsters like Bugs Moran and Al Capone ran massive operations in the trade of illicit booze.

Some academics believe the secret spaces within the Octagon House were built during that time for the clandestine storage and transportation of liquor.

The real reason for the secret rooms and tunnels may never be known for sure.

When Isaac’s son Edwin married the daughter of the influential Pier family, Isaac gave the house to the happy couple as a wedding gift.

Edwin and his wife Ruth raised three children – Louis, Edward, and Hattie – there. 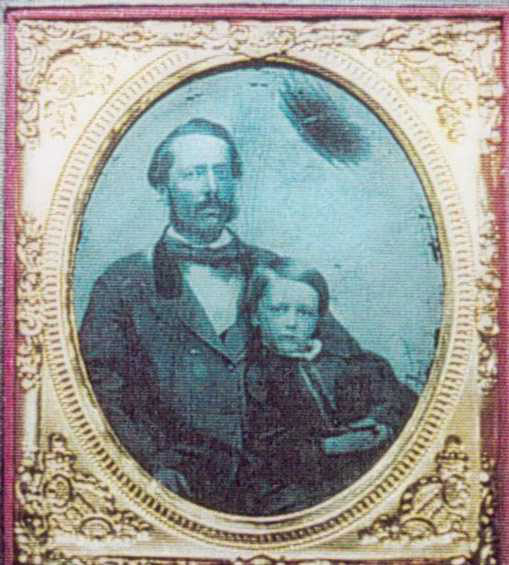 Edwin and his son Louis

When the Civil War broke out in 1861, Edwin joined his friend Edward Bragg on the battlefield fighting for the Union.

Edwin would not make it back home to his young wife and children.

He died on September 17th, 1862 along with thousands more at the battle of Antietam, the deadliest one-day battle in American military history. His is buried in Rienzi Cemetery.

Edwin, Ruth and their children are long deceased, but for those who have had experiences in the Octagon House, they never left.

Residents and visitors alike have reported being touched by cold, unseen hands, and invisible forces pushing them down the stairs. They’ve heard the sounds of the Brown children playing more than 150 years after they occupied the home. Ruth and other full apparitions have been known to appear from time to time. Eyes stare out from the dark in the cellar where the hidden tunnel enters the house. 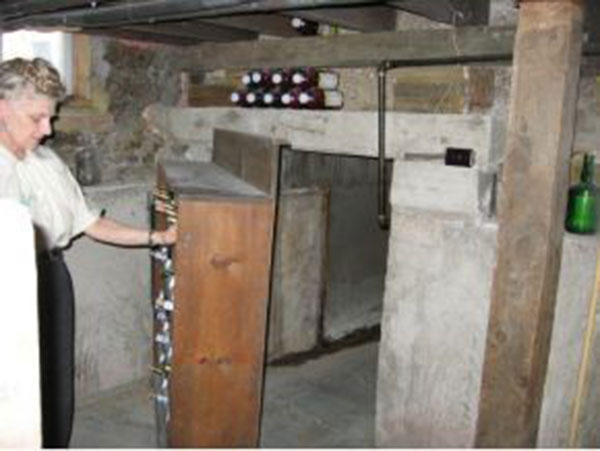 Secret tunnel in the basement

“I regard Octagon House as being possessed by the spirit world,” long time owner Marlene Hansen said in 1976.

She believes Ruth and the children are restless because they haven’t come to terms with Edwin’s death, why he left them and didn’t return alive.

“It isn’t a case of believing, it’s a case of experiencing,” Hansen told a news crew while speaking about her encounters in the house. “None of us know what’s on the other side.” 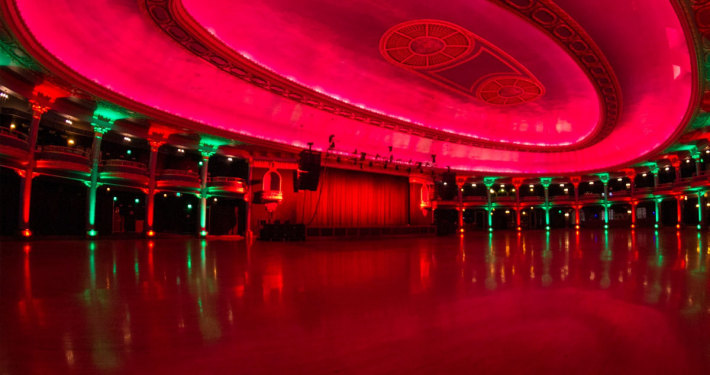