A large mural, life size statues, and yellow brick road commemorate Oconomowoc as one of several small towns in Wisconsin where world premieres were held for The Wizard of Oz when it was released in 1939. MGM held numerous Midwest screenings prior to it’s national release on August 25th to test audience reactions.

The Wizard of Oz premiered at the Strand Theater on August 12, 1939. Oz Plaza is located in downtown Oconomowoc just down the street from where the Strand once stood. The plaza was unveiled in 2019 to mark the 80th anniversary of the film’s first screening there. The massive Oz mural on the side of the Grill 164 building was painted by Joe Boysa of Dynamic Faux Finishes and his daughter Lauren, who sketched the idea when she was just 16.

Oz Plaza is open to the public 24 hours/day 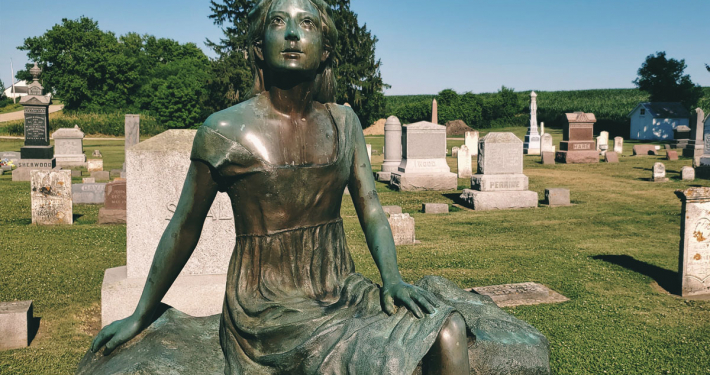