Deranged German serial killer Peter Kurten lost his head in 1931. Today it can be found hidden in the eerie depths of Ripley’s Believe It or Not! in Wisconsin Dells among other displays of history’s most sadistic murderers. Kurten, who was beheaded for his particularly disturbing crimes, is known as the “Vampire of Dusseldorf.” He brutally murdered men, women and children, and enjoyed drinking the blood from their wounds.

Kurten now resides in Wisconsin’s number one family vacation destination. How did the head get here? And why? Read the story below.

More things to do in Wisconsin Dells >

What is Peter Kurten’s head doing on display in Wisconsin? Here’s the story of the how the Vampire of Dusseldorf came to the Waterpark Capital of the World.

“Tell me,” Peter Kurten said to prison psychiatrist Karl Berg, who accompanied him to the guillotine, “after my head is chopped off, will I still be able to hear, at least for a moment, the sound of my own blood gushing from the stump of my neck? That would be the pleasure to end all pleasures.”

Peter Kurten was beheaded in Cologne, Germany on July 2, 1931 for his crimes, which included nine counts of murder and much more. He was aroused by strangling his victims and bludgeoning them with a hammer, and became known as the Vampire of Dusseldorf because he liked to drink the blood from their wounds.

But what is his head doing in the touristy, family vacation destination of Wisconsin Dells? 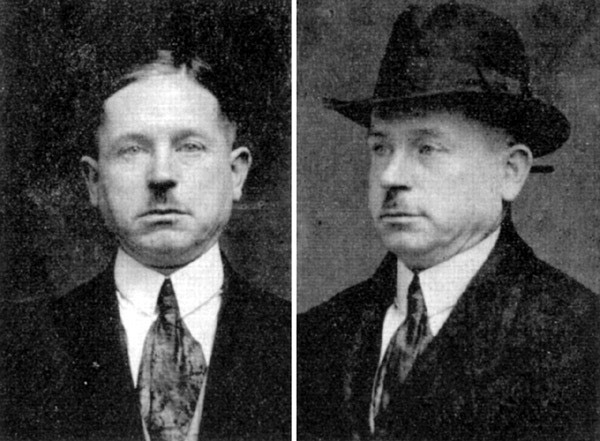 After his execution, doctors decided to open Peter Kurten’s head to see what was wrong with him. His behavior was so disturbing, they believed his brain had to be physically different from the average person. His head was mummified, then bisected to get to the brain.

Kurten’s head came to the United States soon after the end of World War II. It became part of the personal collection of Arne Coward, an antiques dealer in Waikiki with a morbid sense of humor. Coward, who had been imprisoned in a Nazi concentration camp in his homeland of Norway, bought his first instruments of torture in 1946 – a pair of thumbscrews.

“It was mainly the desire to get something no one else could get,” he said in a 1975 interview. “Sears will never have a torture ware department, and that leaves me with something exclusive.”

Coward’s collection included beheading swords, tongue tearers, shrunken heads, chain mail gloves used to burn hands, a bone-crushing wheel, and much more. He kept many of the artifacts in his home in Hawaii, while others were displayed in his Waikiki antique shop. Later, he opened his own Museum Macabre to show off what was considered the world’s most extensive collection of historical torture devices. 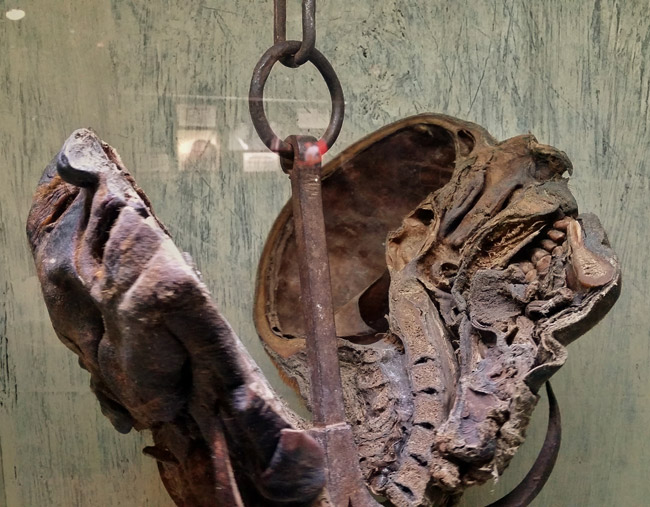 Peter Kurten’s head on display at Ripley’s Believe It or Not! in Wisconsin Dells

Long before Coward owned them, many of the artifacts were last seen on public display at the 1893 Chicago World’s Fair and in New York later that year as the Nuremberg torture collection.

After his death in 1979, Coward’s collection was auctioned off. Ripley’s Believe It or Not! acquired Kurten’s head from Coward’s estate in 1989, and decided to show it off in their newest Odditorium opening in Wisconsin Dells in May of 1990.

It can still be seen there today, in a dimly lit hidden space, slowly spinning on a hook inside a case shaped like a guillotine. 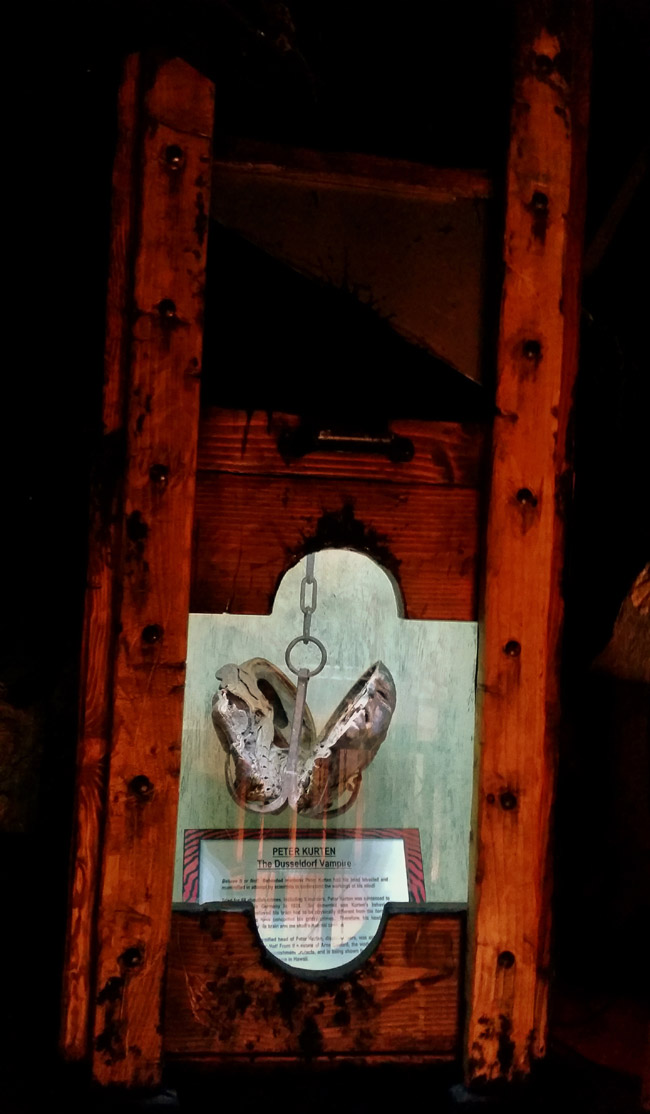 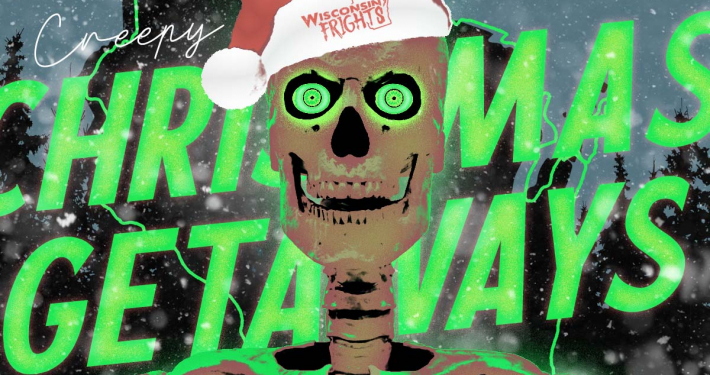 Scroll to top wpDiscuz
2
0
Would love your thoughts, please comment.x