A dragon and gargoyle guard castle ruins at M. Schettl Sales in Oshkosh

Drawn by the promise of a flea market vendor with vintage funeral goods, I found myself at an obscure and bizarre wonderland in Oshkosh this weekend. I had no idea what I was in for when I set course for the flea market until I pulled up in front of the building where a larger-than-life stood on its hind legs flashing its udders, an angler was reeling in a fish bigger than my car, and three deer with shotguns had a dead hunter strung up and ready to be field dressed.

And that was all just along the road. The deeper I went, the stranger it got.

I passed by sasquatch, with one large, hairy foot caught it in a bear trap. Then, walking through a passage made by semi trailers, I emerged into a large open area that looked like a graveyard for America’s defunct roadside attractions. A giant white rabbit, metal dinosaurs, the cockpit of an jetliner, ornate architectural salvage items, a menagerie of exotic fiberglass animals, castle ruins, and a ferocious dragon’s head are just a few examples of the strange objects arranged into a surreal sculpture garden around the property.

What the hell was this place? 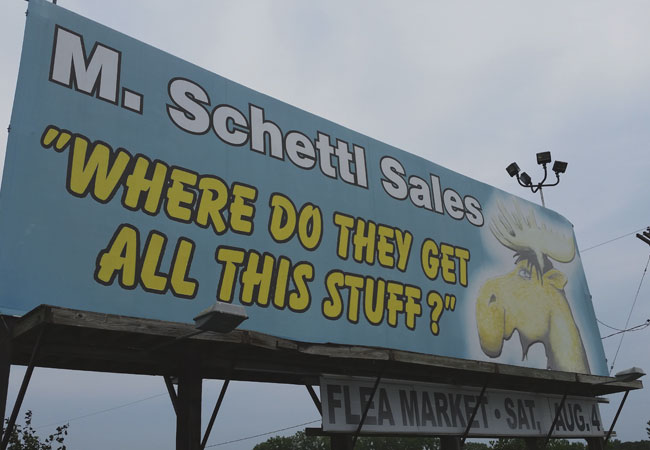 Where do they get all this stuff?

The name certainly doesn’t do it justice. M. Schettl Sales is a retail establishment that deals in a variety of things ranging from kitchen cabinets to 20-foot pink flamingos. And, apparently, everything is for sale.

“Looking for an ‘Out-of-Mall’ experience?” the website says. “Visit our stores in Oshkosh for an extensive collection of crazy, quirky and unusual items for your house at bargain prices. Started in 1974 as a stand-alone store, we have now grown bigger and better, and have two stores spread across 75,000 square feet filled with items handpicked by us. Walk into our ‘Retailtainment’ destination and be enthralled!”

I never even made into the store, but here is a selection of the unusual objects I found outside: 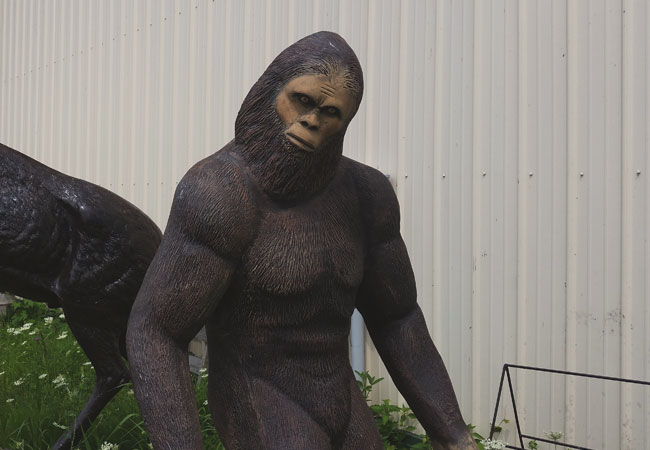 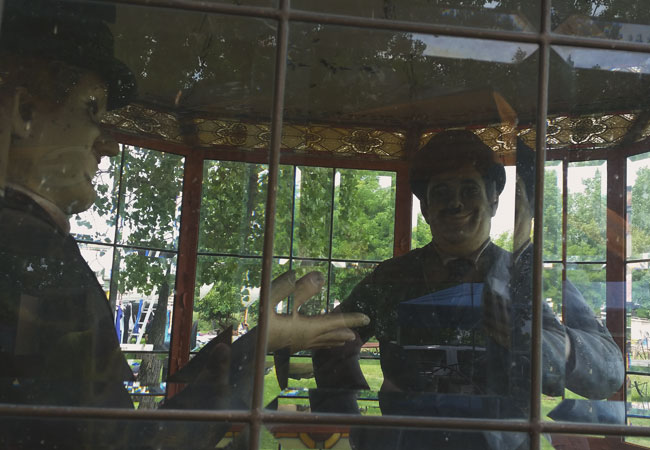 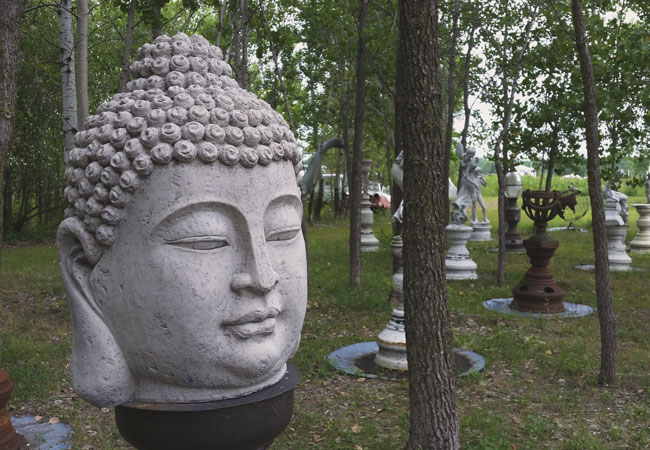 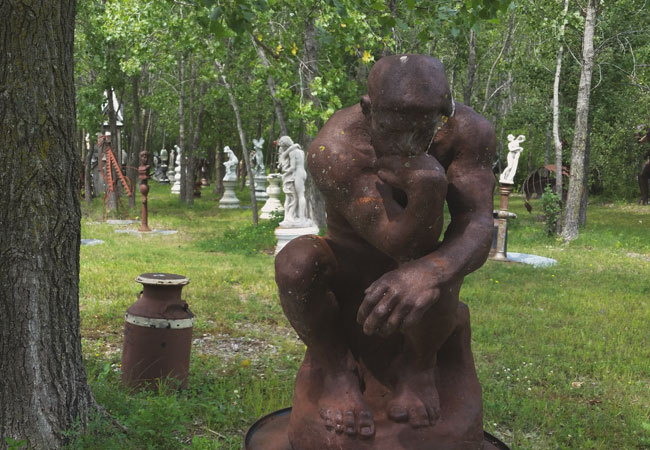 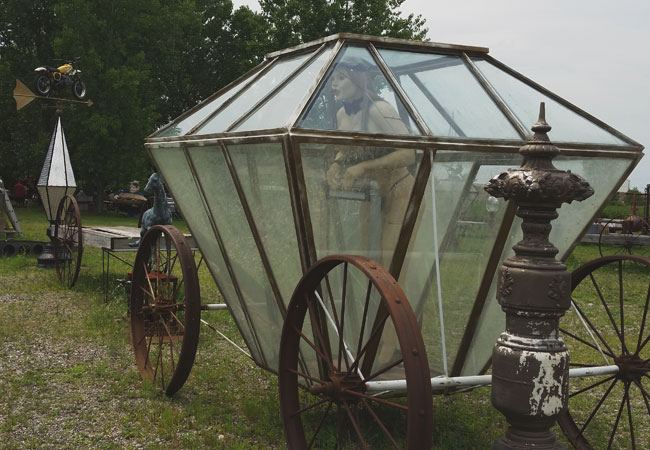 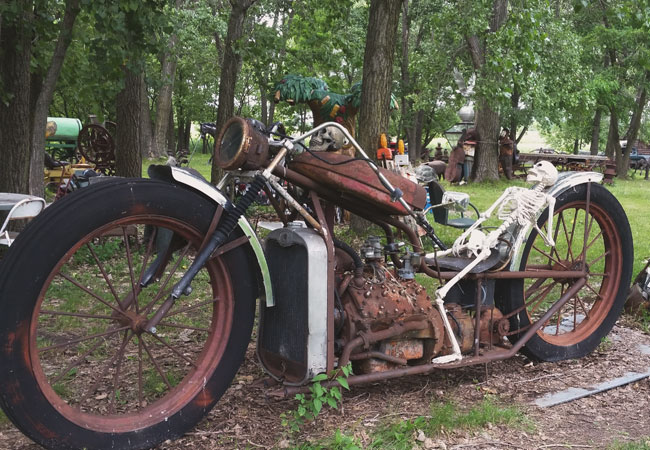 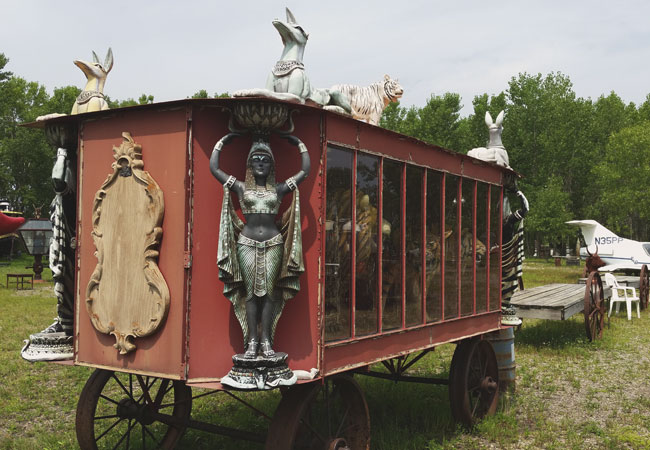 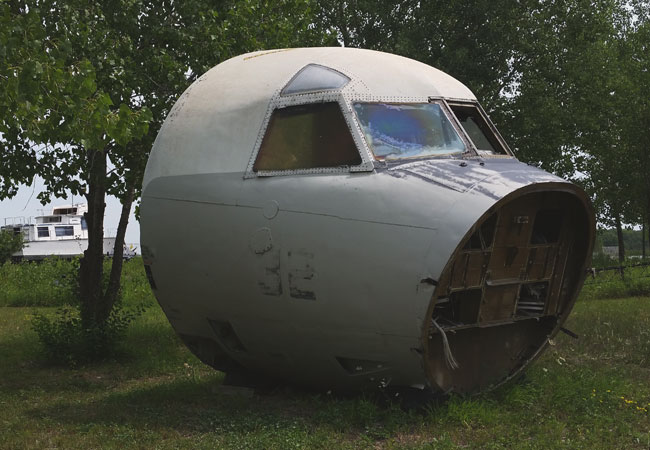 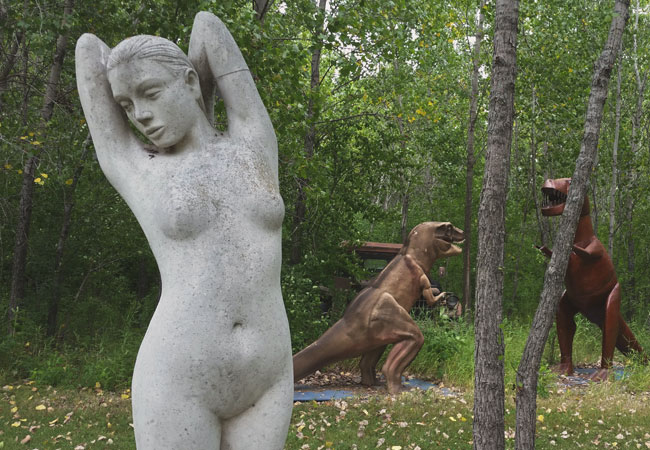 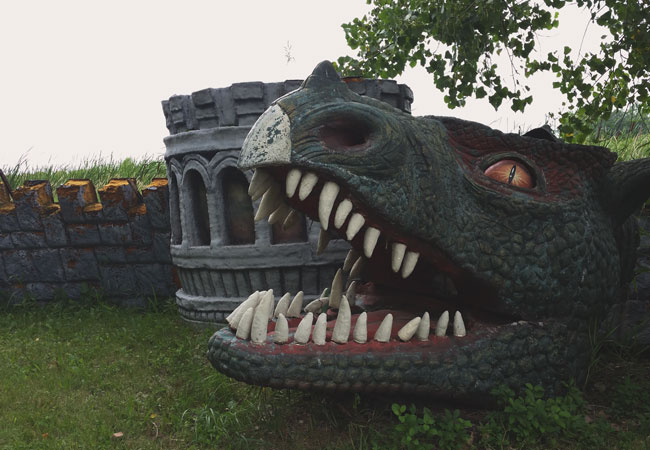 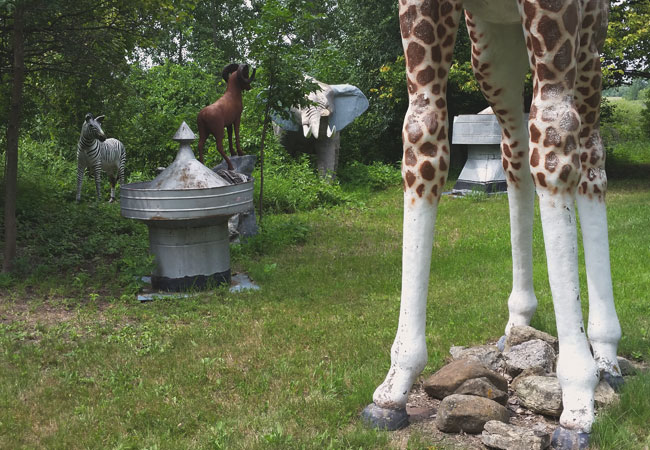 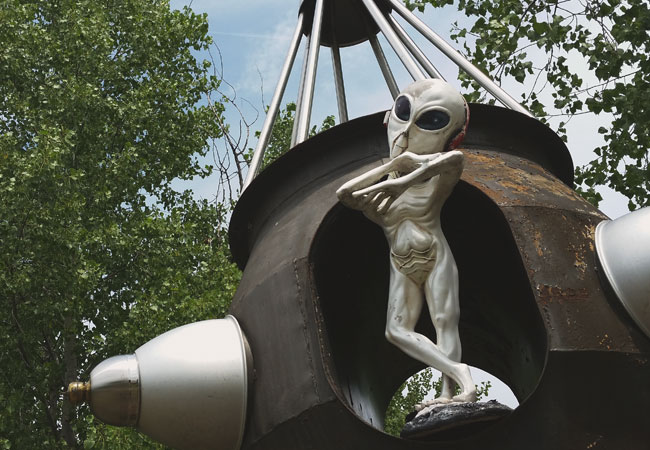 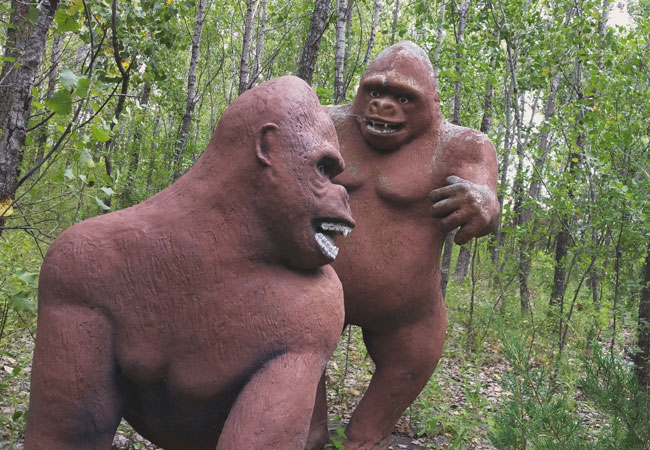 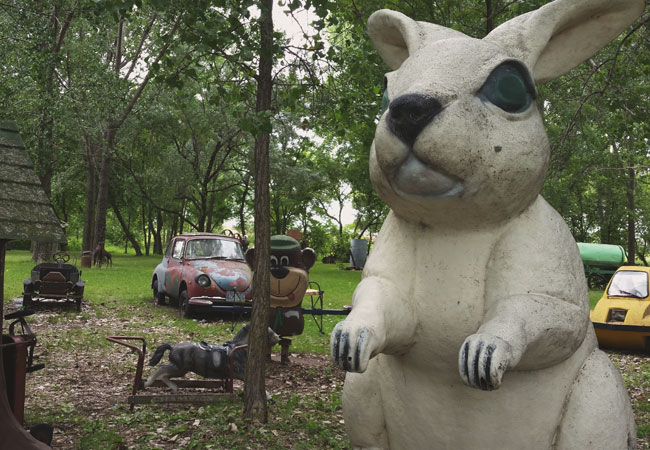 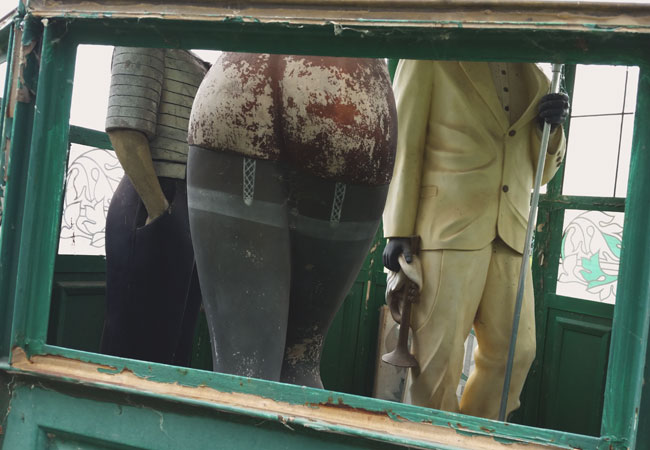 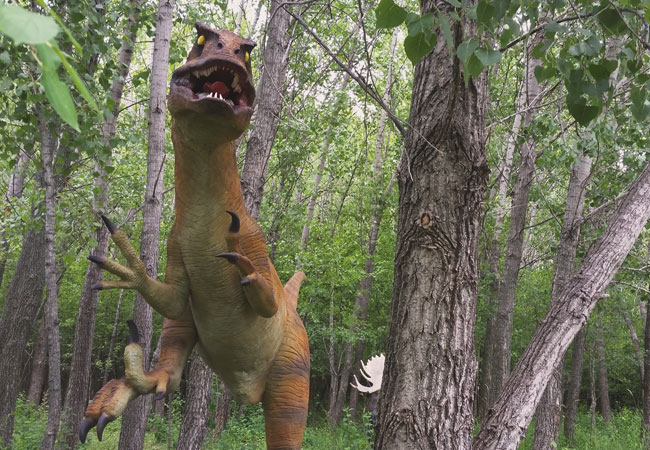 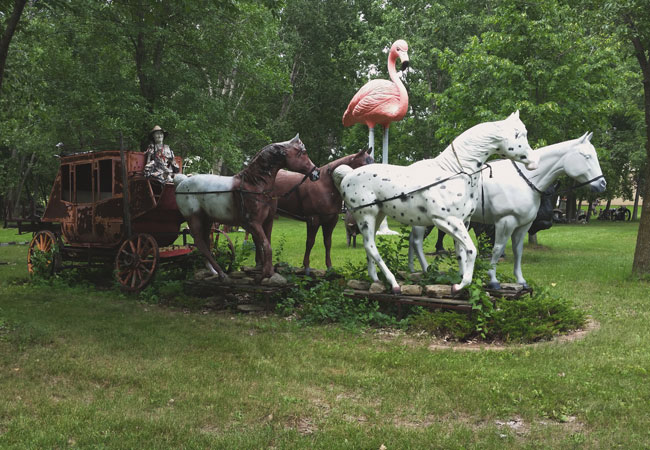 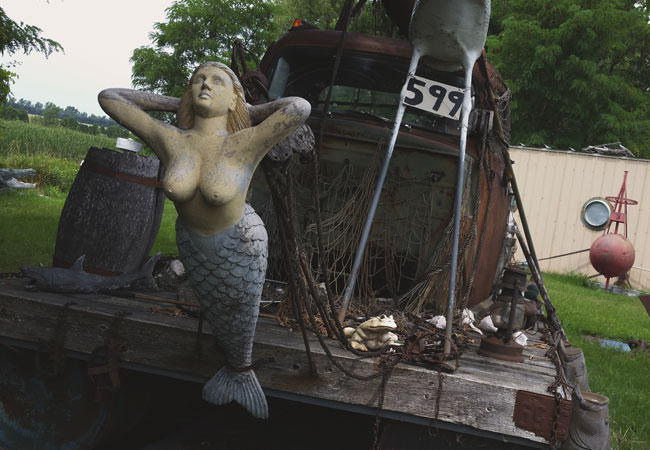 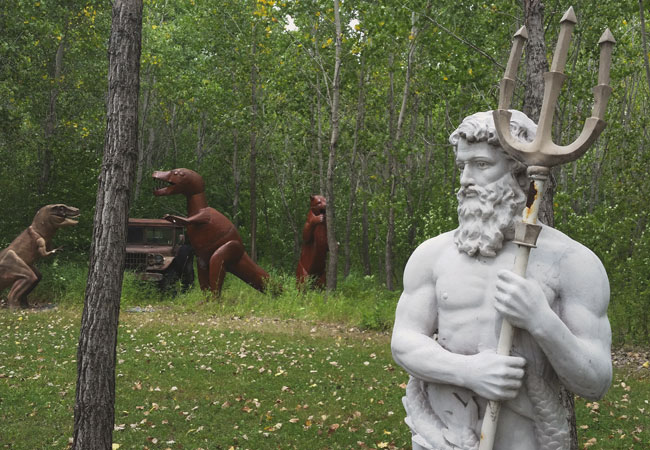 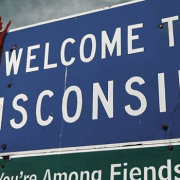 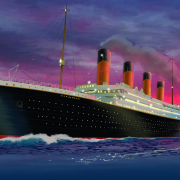 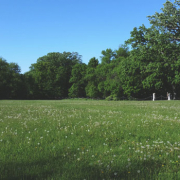 Expedition: Tracking Down the Insane Asylum Cemetery in Oshkosh 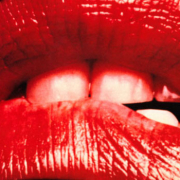