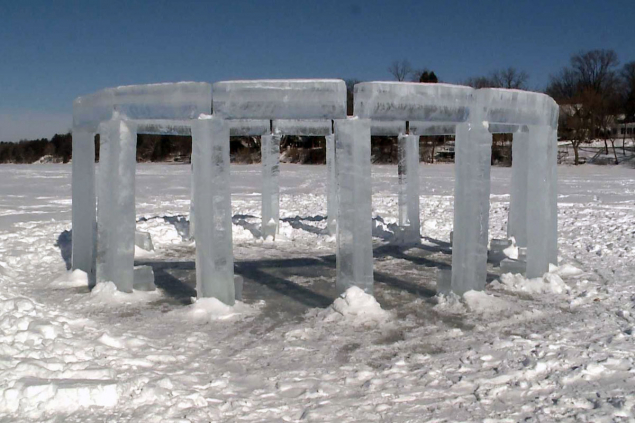 Rock Lake is legendary for its elusive underwater pyramids and a series of encounters with Rocky the lake monster in the 1800s.

So when a Stonehenge-like structure made of ice appeared on the frozen lake one winter day in 2015, the mysterious sculpture was just par for the course.

Icehenge, as it was dubbed, was the creation of five friends from Lake Mills who found some antique ice cutting tools and decided to try them out.

I mean, what else do you do during the winter in Wisconsin?

“We got the idea that maybe it would be fun to see what it was like to make living a hundred years ago,” Kevin Lehner told WISN news.

Ice was a booming business in Wisconsin in the 1800s and early 1900s. Workers would cut blocks of ice out of frozen lakes and rivers and store them in massive insulated icehouses to be sold throughout the year to anyone who had a need to keep something cold, whether it was meat, beer, or bodies.

In the winter of 1900-1901, there was even a turf war on the Milwaukee River between two rival Wisconsin ice companies.

Like turn-of-the-century icemen, Lehner, along with Drew McHenry, Quinn Williams, Alec Niedringhaus, and Patrick Shields, used the old ice tools to cut the 200-300 pound blocks of ice out of the lake and lift them into place by hand. They used snow and water as mortar to hold each piece in place in the shape of the Neolithic Stonehenge site in England. 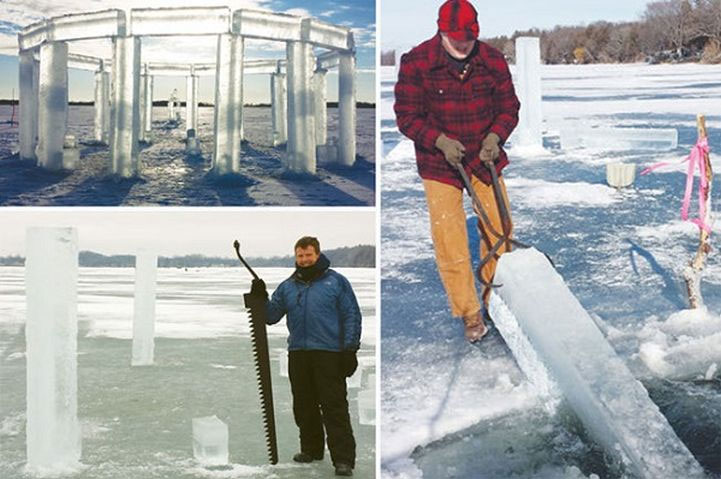 The sculpture brought visitors to Lake Mills from all around the state.

McHenry was disappointment in the attention it received.

“I don’t much like people,” McHenry said. “I liked it better when it was a secret.” 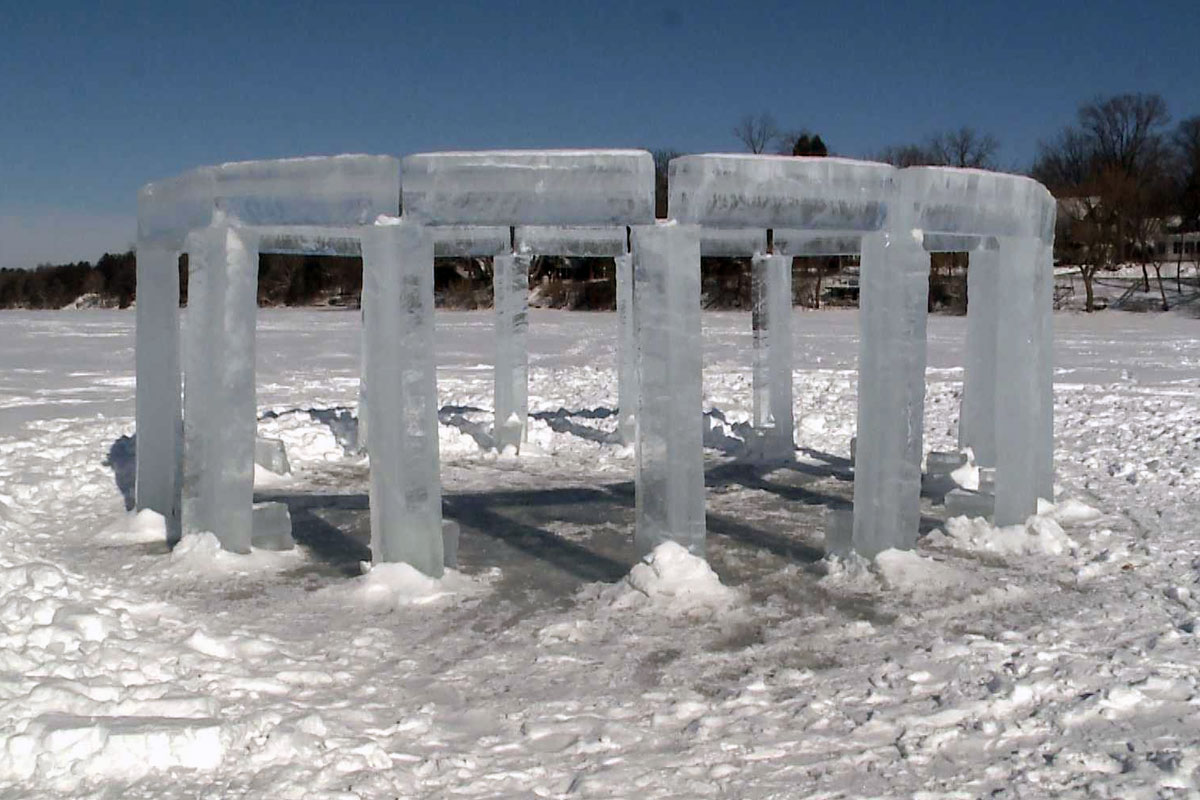 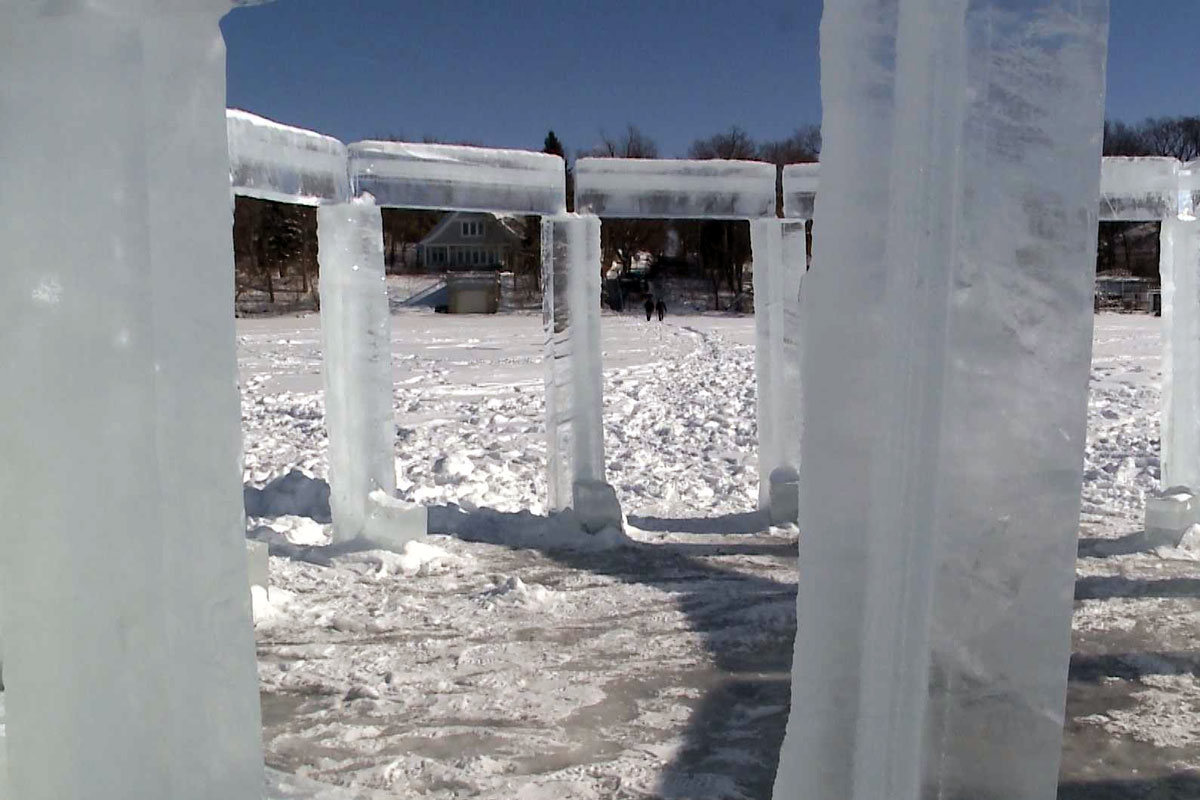 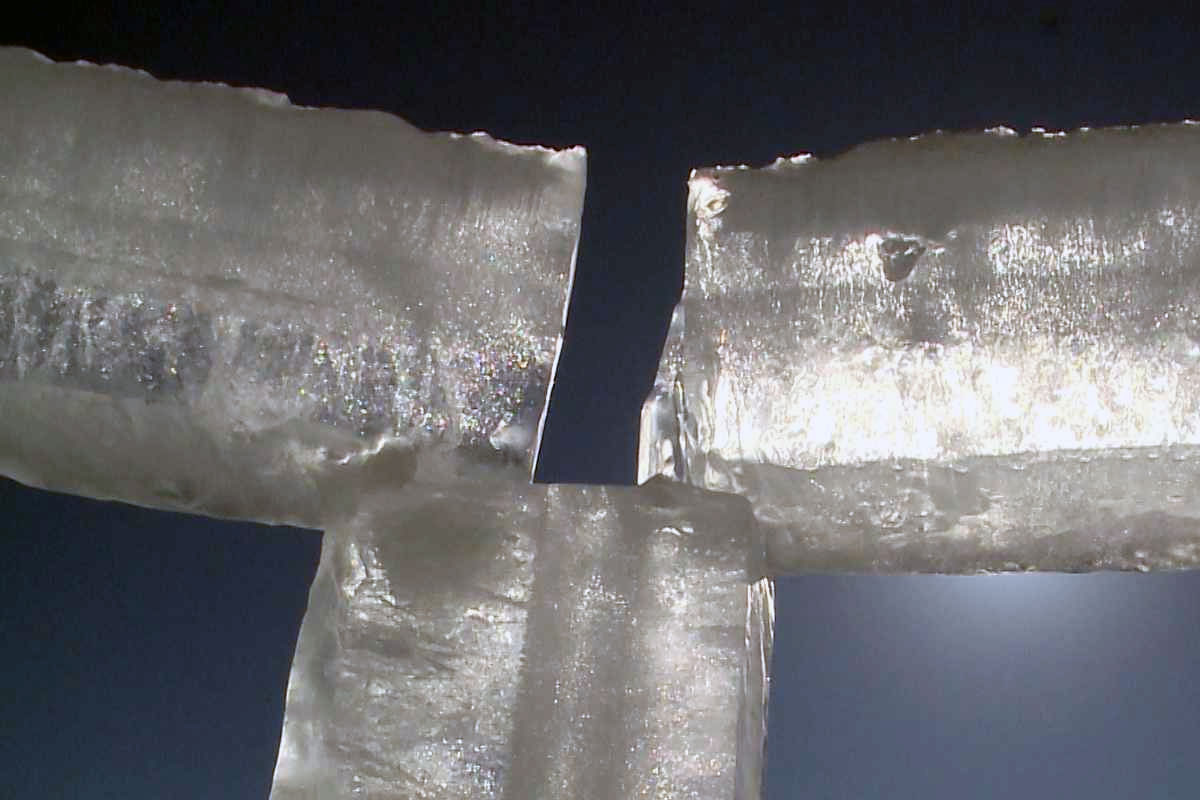 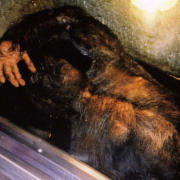 How a Wisconsin Bigfoot Became the Minnesota Iceman 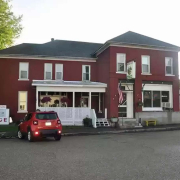 Rock Lake Pyramids: Is the Truth Really Down There? 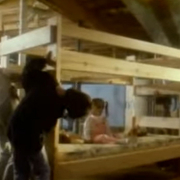