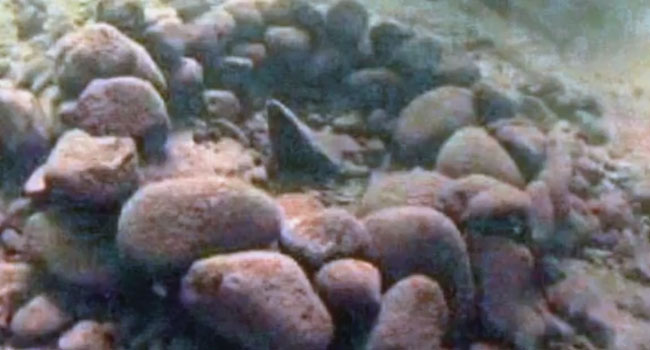 Mary Sutherland and her team are mapping the bottom of Rock Lake in search of underwater pyramids, Rocky the lake monster, and other mysterious anomalies reported by locals.

Are there pyramids at the bottom of Rock Lake, or is it a hoax concocted by the town of Lake Mills to attract more visitors during the Great Depression? Author Mary Sutherland believes rumors of ancient structures beneath Rock Lake are true, and may be connected to Atlantis and the Biblical stories of Solomon’s Temple.

The video below documents a day Sutherland spends with Frank Joseph, author of The Lost Pyramids of Rock Lake, and crew exploring an area where they believe to have found a black stone pyramid during a previous trip.

According to Sutherland’s website, the ancient culture that lived in the area purposefully built these structures to harness electromagnetic energy from a ley line that stretches up from the Mayan citadel of Tikal through Lake Mills, and even into Mayville where crop circles appeared in July of 2003.

“Strange things happen around the area of Rock Lake,” she writes on her website. “People see things that aren’t there – Ice fishermen can’t start their chainsaws out on the ice, but back on shore they start fine – They return to the ice and again run into the same problem. Scuba divers, trying to film the underwater pyramids can’t get their cameras to work. Other divers, preparing to dive into the waters of the pyramid, are overcome with a sense of dread. It is apparent that there is an energy disturbance going on in the area – strong enough to cause mechanical failure as well as affecting the human consciousness.”

That might explain why Lake Mills seems to be a hot bed of strange activity, including the hissing Rock Lake Terror first reported in 1867, UFOs witnessed going into and out of the lake, and other mysterious phenomena.

Watch Sutherland’s video to get glimpse into their ongoing process of mapping Rock Lake.

Have you witnessed anything strange in Rock Lake or the Lake Mills area? Share your experience below or contact us. 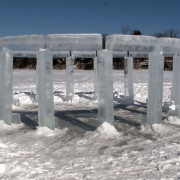