UFO Daze was held annually on the 3rd Saturday of July at Benson’s Hideaway for 33 years. Due to the unfortunate passing of Bill Benson on December 8th, 2021, UFO Daze has come to an end. 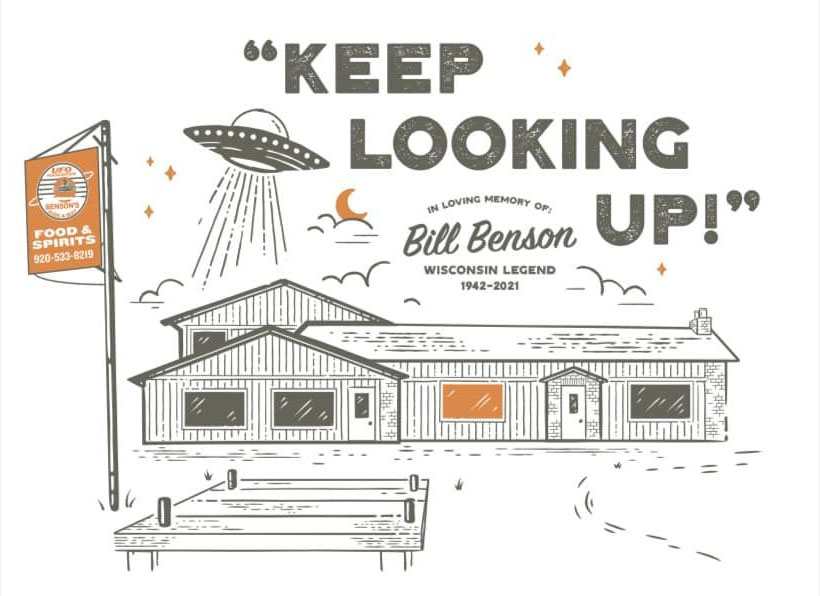 The final UFO Daze was held on July 17, 2021 at Benson’s Hide-a-Way in the heart of Wisconsin’s Kettle Moraine State Forest. Benson’s UFO Headquarters was located on the shore of Long Lake in Dundee, Wisconsin – an area known by some locally as the “UFO Capital of the World.”

Bill Benson’s interest in UFO activity began when a crop circle appeared neared his home in 1947. Since then, hundreds of bizarre sightings and encounters in the Dundee area have been reported, from lights over the mysterious Dundee Mountain or beneath the surface of Long Lake, to a wolfman at nearby Parnell Tower.

Bill and his friend Robert “UFO Bob” Keuhn (who was in direct communication with an alien who visited Wisconsin to watch the Green Bay Packers) started UFO Daze as a way for like-minded individuals to gather and discuss the area’s unexplained phenomena, but grew over time into a large event that drew researchers, contactees, and extraterrestrial enthusiasts from around the country. Some brought unusual objects along with them, such as a time machine, and an inter-space communicator that looked like a rock. In 2021, guest speakers included renowned author Raymond “The Cosmic Ray” Andrew Keller II who was an early member of a Wisconsin-based UFO research group, and a man who believed he was from Venus.

Bill and his UFO headquarters appeared in a 2020 episode of Destination Fear on the Travel Channel when the crew was in the area to investigate the Sheboygan County Asylum.

Let's explore the ghosts and legends of Wisconsin'

Have you experienced something unexplained in the Dundee or Kettle Moraine area? Do you have memories of UFO Daze or Bill Benson? 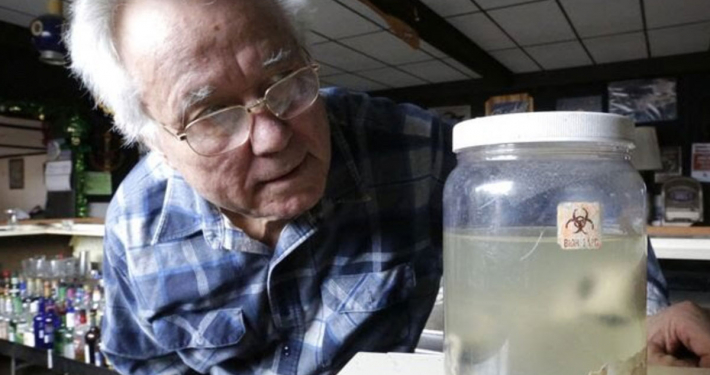 Wisconsin legend Bill Benson, owner of the UFO-themed bar Benson’s Hide-A-Way and founder of the world-famous UFO Daze, has passed away.