Wisconsin is among the most active hotspots for UFO sightings around the country, with a history of some of the most notorious and bizarre encounters ever reported. We have no less than three small towns claiming to the the UFO Capital of the World. In Elmwood, a police officer was struck by a beam of energy from a UFO and died of a mysterious illness months later. In Dundee, a massive glacial “mountain” conceals a UFO base where extraterrestrials fly in to catch Packers games. In Eagle River, aliens served a man pancakes right from their flying saucer. As recently as December 2022, news of unexplained lights streaking across the dark skies of rural Wisconsin made international news.

Explore the weird history of Wisconsin UFO sightings and below and be sure to let us know if you’ve ever seen or filmed something mysterious! 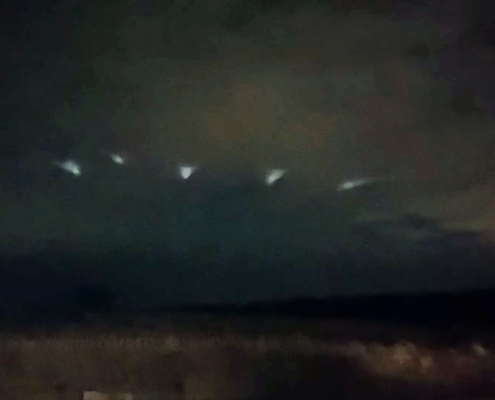 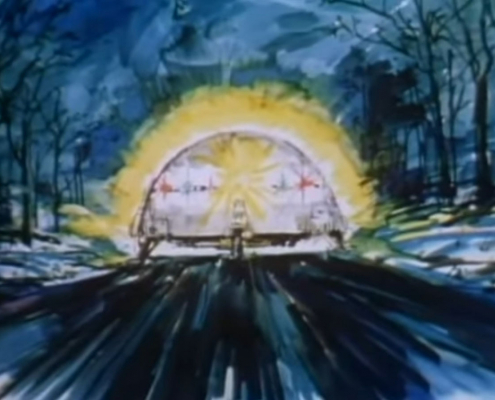 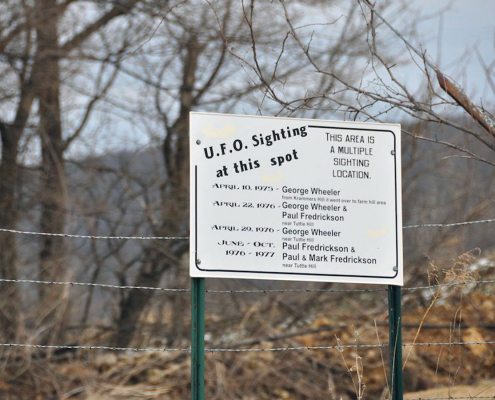 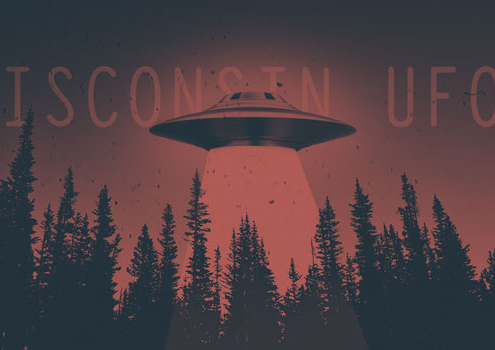 If you're looking for aliens, these three hotspots for UFO sightings are Wisconsin are a great place to grab a brat, drink some beer, and maybe even get abducted by extraterrestrials.
https://www.wisconsinfrights.com/wp-content/uploads/2021/06/wisconsin-ufo-sightings-sm.jpg 350 650 Charlie Hintz https://www.wisconsinfrights.com/wp-content/uploads/2021/07/wisconsin-frights-sm.png Charlie Hintz2021-06-30 11:33:292023-01-26 00:41:11Wisconsin UFO Festivals: Have an Alien Encounter at these 3 UFO Hotspots 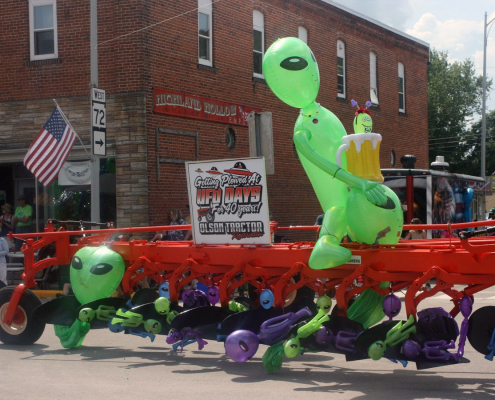 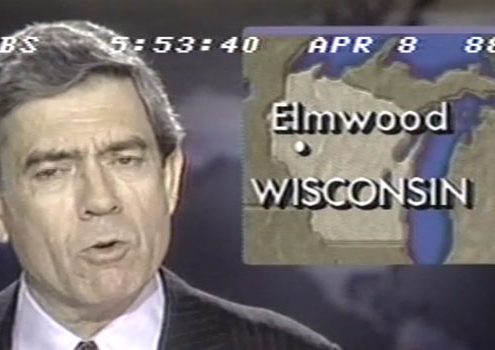 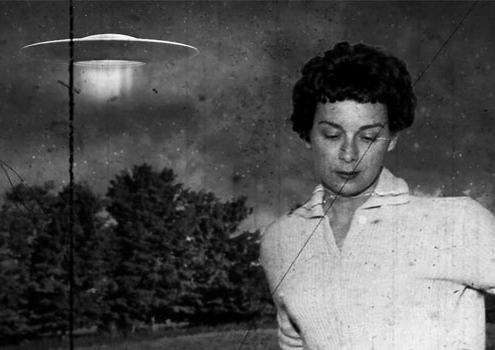 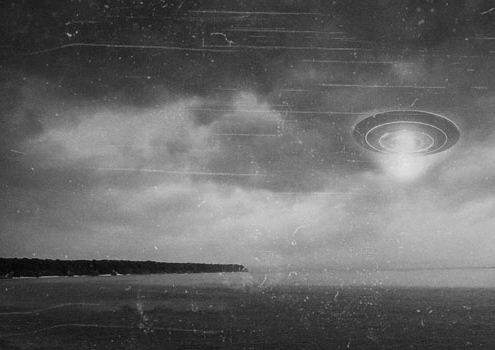 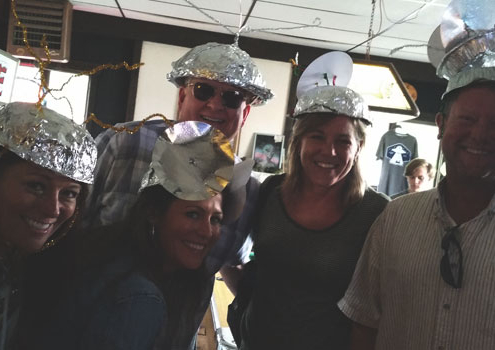 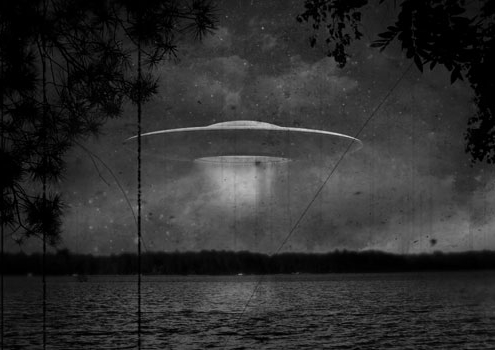 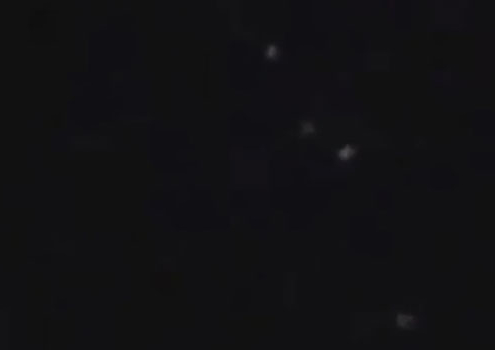 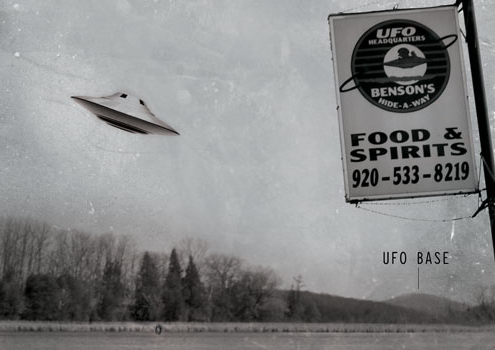 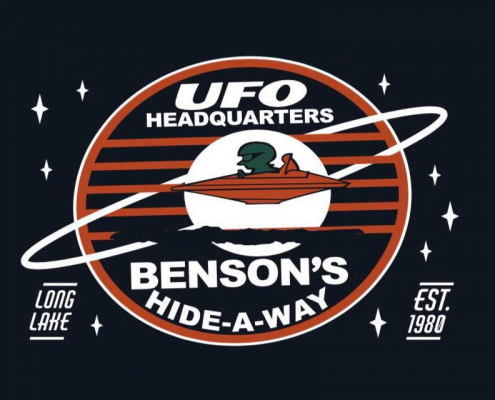 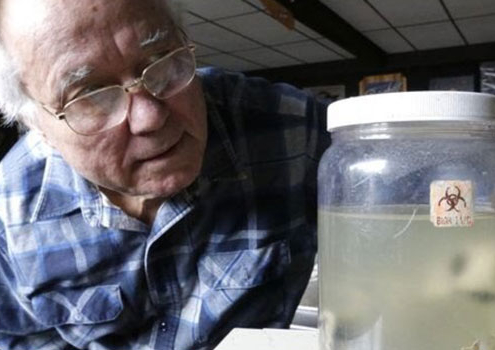 Where is the UFO Capital of Wisconsin?

Wisconsin is home to three towns, Elmwood, Belleville, and Dundee, that all lay claim to the title of UFO capital. Each has had its fair share of extraterrestrial encounters to earn the title, as well. Each of Wisconsin’s UFO hotspots also holds annual UFO festivals to celebrate their weird history.

Where is the Wisconsin UFO bar?

Benson’s Hide-a-Way in Dundee is the UFO-themed bar that’s been featured in numerous news reports, a short film by Mark Borchardt, and even an episode of the Travel Channel series Destination Fear. The bar was owned by Bill Benson and was the site of the annual UFO Daze until his passing in 2021. The bar was decorated with dangling flying saucers, inflatable aliens, UFO art, and other extraterrestrial memorabilia. Bill kept a jar with an alien floating inside behind the bar, as visitors could page through a binder full of UFO photos taken around the area, including nearby Dundee Mountain.